Leading an active lifestyle with PWS 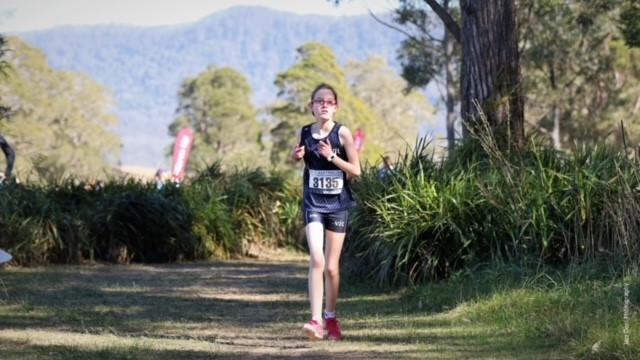 “Sport is very important, it’s good for your health, it’s not that you can’t do it and just because I’m bad at something, it doesn’t really mean that you can’t do it. I encourage everyone to do it [sport], it may take some time to win but it’s all about having fun and competing, but it’s [sport] good for you and healthy” – words of wisdom from 11-year-old Teagan James, who I had the opportunity to catch up with and learn about her active lifestyle and how it all began.

Teagan lives with her mother Kara, her father Daryn and older sister Mackinzie.

Teagan has been immersed in sport pretty much since birth. Sport and exercise are a daily routine in the James household, so Teagan initially had little choice but to develop an active lifestyle. Although Teagan followed in big sister Mackinzie’s footsteps when it comes to sports and competing, she certainly hasn’t walked in her shadow.

“I encourage everyone to do it [sport], it may take some time to win but it’s all about having fun and competing, but its [sport] good for you and healthy”

Water safety is an essential skill that all children and adults should have, so Mackinzie’s introduction to the pool was a series of immersion classes at six weeks of age before progressing to swim lessons starting at six months of age. Although it was almost two months before her younger sister Teagan was home from the hospital, Teagan was soon in the pool and started her swimming career at six months old. Obviously, it was more water familiarisation at this young age than swimming, but the skills gradually grew.

The early years were a good period for dad Daryn as he spent this time bonding with Teagan while participating in her swim classes until Teagan could swim independently. Teagan proudly let me know that it was around the age of five that she could swim “on her own without the assistance of mum and dad having to come in the pool with me physically”. Teagan continues her swim lessons to this day. Teagan is pretty confident with her swimming “breaststroke is my favourite, and I also like butterfly, but I’m not quite there just yet”. I’ve got the moving around part; I just don’t have the arm part and working out when to breath”.

The early intervention necessary because of Teagan’s diagnosis of Prader-Willi Syndrome was a great introduction to physical activities. Low muscle tone, poor gross and fine motor skills, and hip dysplasia diagnosed at six months led Kara and Daryn to enrol Teagan in Gymberoo. Gymberoo is essentially play-based group therapy where kids are encouraged to navigate obstacle courses of varying difficulty. Teagan started Gymberoo around three to four years old and participated for a couple of years.

Little Athletics in the summer and Cross Country in the winter seemed like the next logical steps in Teagans active lifestyle journey. Participation in Little Athletics begins at the age of five. As Mackinzie is almost two years older, Teagan would stand on the sidelines for a couple of years watching, cheering, waiting to get into the game.  Initially, Teagan would participate with her age-group peers. “Of course, she would always finish last in any race and throw or jump the shortest distance but always got the loudest cheers“, recalls Daryn.

Today, Teagan competes in multi-class Athletics as she has done since its introduction about five years ago. Multiclass is the format used to create meaningful competition, for athletes and swimmers with a disability, from multiple classification impairment categories. Multi-class events are held in Swimming,  Cross Country and Track and Field, with some minor modifications to the rules and regulations, where necessary. “I really enjoy the hurdles because I like the jumping part and running”. Kara shared how proud she was of Teagan this season as the multi-class usually have the hurdles set at 20cm, but this year Teagan thought that height was too easy for her and felt like a challenge, so she asked for the next size up hurdles.

Darryn discusses his recollection of the first time he saw Teagan compete in hurdles.

“The gun went off with a bang and everyone hurtled down the track navigating the shin-high hurdles with ease. But not Teagan. Teagan slowly approached each hurdle before stopping, carefully stepping over the obstacle in her path before running off to the next. It was impossible to not shed a tear as a proud parent looking on while their little girl was overcoming the barriers placed before her as hundreds of onlookers in the stands cheered and clapped”. “I reflect back at this moment as a metaphor for life.”

Throughout our conversation, I was in awe of Teagans positive attitude and mindset in all facets of life. Finding something that you enjoy makes it so much easier. I asked Teagan why is Sport so important to her –

Teagan also participated in Gymnastics every week from prep through to grade 5 when, unfortunately, COVID forced the closure of the gym.

During local COVID restrictions, Teagan wasn’t able to participate in team sports but found solace in continuing to remain active during her remote learning by joining online workout videos such as ‘PE with Joe‘ and ensuring that she fits in a daily walk.

Whilst excited for her next big adventure, Teagan is also a little nervous about transitioning to high school. Getting used to a new routine, timetable, different classes, new friends and more time being spent on homework this means there will be less time for sports so understandably there would be some reservations. I have no doubt that Teagans positive attitude will help her through her worries and ensure she has a wonderful year ahead.

Renee enjoys working with organisations to improve business outcomes by implementing and reviewing procedures to assist organisations to work more efficiently, effectively and strategically. Renee is mother to 3 children, the youngest of whom was diagnosed with Prader-Willi Syndrome not long after birth. Renee now spends her days caring for her son and volunteering full time as President of the Prader-Willi Syndrome Association of Victoria, helping to build on the supports and services provided by the Association since 1979.